The Holy Grail to parents of little people!

The most commonly asked question when you have a newborn baby :

I don’t know about you, but in the beginning with a newborn, you feel so fragile as is – and when someone asks you about sleep – you want to burst into tears because in all honestly you’re like :

As baby grows, they start to learn (with your help) how to become independent little sleepers – but like most things – it’s a process and it’s NOT always easy, am I right?!

I am BIG on encouraging my kids – regardless of how difficult they can *sometimes* make it – to help them to become independent sleepers.

My first born had severe colic, but regardless of those excruciating hours of constant screaming from him, I tried my best to have him in a sleep routine. Then when the colic subsided – he would sleep 11 hours straight without waking.

Now with my second born – I knew I wanted to encourage good sleeping habits from as early as possible, as I wanted him to ease into independent sleeping as naturally as possible.

Regardless of him wanting to feed every 2-3hrs and having bad re-flux in the beginning – I kept the same morning and night routine. I would let him sleep in brightly lit rooms with a bit of noise going on during the day, then at night I would take him to a dimly lit room that was calm.  Four months later without fail – Brooklyn knows that when he goes to the room at night – it’s snooze-ville time!

WHAT WE THOUGHT OF THE SWADDLE UP STAGE ONE

We were approached by Love to Dream SA to try out their Stage One Swaddle UP on Brooklyn. I was a bit skeptical at first , as Brooklyn never liked being swaddled, probably because I wasn’t doing it right. Which drove me nuts, and he always somehow would escape out of it like a little Houdini.

However, I decided to give the Stage One – Swaddle UP a go and see if Brooklyn would take to it.

At first he wasn’t sure, as it was obviously all new to him, and soon he realized that he couldn’t see his hands – but he could still suck on them through the swaddle. After wriggling around in it for a bit initially, the novelty wore off, and he was lights out!

The fabric is really soft, light and breathable – so no overheating!

AND the best part – it was so quick and easy to put on, and yes ladies and gents it STAYS ON. YAY!

I have always been pro independent sleeping and self soothing with my babies – so that they don’t use me as a sleep crutch!

GET SOCIAL & CONNECT WITH ‘LOVE TO DREAM’

WIN A LOVE TO DREAM SWADDLE UP !

So mama’s to share the love, Love to dream is gifting a Swaddle UP original to one lucky mama!

** This post was a sponsored post, however all thoughts and views on this product were written with all honesty and sincerity. ** 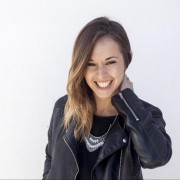